This was the second 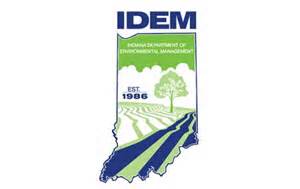 IVY Tech electronic testing and roll out.  An update was given on the initiative to improve customer service on the operator certification program.  IDEM is moving ahead with IVY Tech in offering electronic testing at all of its 24 testing centers around the state on any business day.  IVY Tech expects to have this up and running in mid-October.  We want to promote this heavily once it is up and running—and running well.  All were in agreement that we don’t want this to fail and we should be cautious in rolling it out too quickly.  There was discussion on how to roll it out, with a significant interest in doing a pilot for a select group before making it available to everyone, to be certain it works without bugs.  It was discussed who to include in this group, and decided at least the small number of applicants who were late in submitting their applications (and thus will not be sitting for the scheduled October 2 exam), and anyone who fails the October 2 exam by 5 or fewer points.  It was also suggested that we set up a survey for those who participate in the pilot to get their feedback on their experience.

People who fail the test multiple times.  It was agreed that persons failing the exam will have to submit a new application to IDEM each time they plan to re take the exam.  There was also discussion about how to deal with people who fail the test 3 times.    No final decision was made, but a requirement for them to take additional training before taking the test again was generally thought to be a good idea.  There are a number of training providers available.  This is not in the rule and was not anticipated when the current rule was written.  Further thought and discussion needs to go into this.

Test question bank.  IDEM reported that it has completed its effort to weed out stale questions from the question bank, but now is much in need of new questions to address new technologies.   Several technologies and areas were identified that are not adequately represented in the current question bank, including UV disinfection, VLRs, instrumentation, lab, continuous monitoring and NetDMR.  All participants were asked to prepare questions on these and other relevant topics, along with the documentation of the source of the question and answers, to IDEM for inclusion in the test question bank.  It was mentioned that at some time in the past all D and 4 operators were offered the opportunity to do this. Drinking Water Branch has a confidentiality agreement that they have asked participants to sign for the similar project it is working on.

Statute and Rule changes.  IDEM has submitted a legislative proposal to make some changes to the statute applying to operator certification.  The possible outcome of this is completely unknown, so we will have to wait to see what happens when the legislature reconvenes.  The current rule has a number of issues that could be addressed because it does not consider the possibility of an outside party administering the test, nor does it anticipate electronic testing.  IDEM was cautioned about opening the rule due to the magnitude of the project and uncertainty of the outcome.  The rule may need to be reopened to address the topics of promoting career advancement, provide for use of an outside party to administer the test for an additional fee and modernizing the language for electronic testing.  All were in agreement that we should proceed with the current plans without waiting for rule changes, because we will likely learn some things that will make for a better rule in the future.

Career advancement.  Much concern was expressed about the ageing population of operators and the slow recruitment of younger people into the profession.  One participant described how the current rule language has inhibited his ability to obtain a higher level of classification.  All were in agreement that we need to attempt to remove barriers to career advancement.

NetDMR.  IDEM’s progress in enrolling permittees in NetDMR was discussed, as was the incentive of four technical hours toward license renewal until the end of the year.  As of the July DMRs reIDEMceived, 17% of the 1728 NPDES permit holders are using NetDMR.

Other topics discussed.  There was also brief discussion on the following:

Plans are to schedule another similar stakeholder meeting in a few months, likely after we get some experience with IVY Tech administering the test.

As the youngest Dual Operator in Indiana and possibly the USA, I am happy to see hope for updates in the exam, Thank You IDEM staff.

I just wish there was more of a expressed value shown for when this test is passed. Also focus is needed to be reached out be cities, town, and schools as low as high schools on the values of this field and water treatment as a whole. The only thing i hope to not ever see is the test to NOT become easier to pass for anyone cause the importance and duties/responsibilities of an operator to uphold should not be taken lightly.

Time to start thinking about getting your application ready for the IDEM Operator Certification Exam. Due Date is August 19th, Test Date is October 3. Get your application here: http://www.in.gov/idem/5088.htm

Menu
We use cookies to ensure that we give you the best experience on our website. If you continue to use this site we will assume that you are happy with it.Ok