There really should be a song something like, I wanna to back to Winamac or 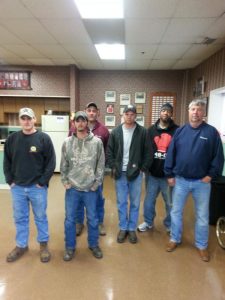 Ridin’ the ol’ railroad track to Winamac.  So now we know where Winamac, Indiana is and if you haven’t every been it is a very nice quite, quaint town – but it is one of those towns that if you blink your eyes you may just miss it.  We spent two wonderful days, (May 10 and 17) there teaching the Wastewater Operator Certification Exam Review to some very eager to learn operators. This class was a little different since most of the operators were hearing about equipment and processes they were not familiar with in any way.  Four of the students were from lagoon facilities, one was from an industry and the sixth was from Gary that has most of the equipment/processes we discussed, so I tried my best to make sure I described everything as well as I could.  We had operators from places such as Winamac, Gary, Hammond and Kewanna who certainly represented their towns and facilities quite well.   Most of the two day sessions are being split with a week in-between because of the sheer amount of information the operators have to adsorb before they can absorb it.  We have found that the facilities tend to like it as well because they don’t lose their staff two days in a row.  It is hard enough for them to concentrate after lunch on the first day, but when we go two days back to back it seems like the attendees just hear Charlie Brown’s teacher most of the second day (you know – wah, wah, wah) no matter how animated I am.  I would like to say a special Thank You to the Town Manager of Winamac, Bradley Zellers for reaching out to find education for the wastewater treatment plant employees and then providing the meeting place to allow others to attend.

After the session I was able to tour the Winamac treatment plant and was impressed with a very clean, well thought out facility.  For a lagoon system the final effluent and the operation was exceptional.  There is a grit channel, a parshall flume, and channel monster in the headworks. They utilize a 3 lagoon system, primary, secondary and wasting lagoon.  They have two clarifiers and chose to build one outside and one inside (what a way to keep weirs clean). They had the building built large enough to both cover the clarifier and to store their Vac-On and other supplies in.  They use ferric chloride for phosphorous removal (reason for the reddish hue) and drying beds for their sludge dewatering.  They have a Class A sludge so their sludge is given away.  See pictures below: 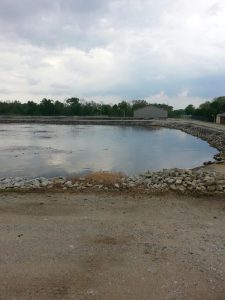 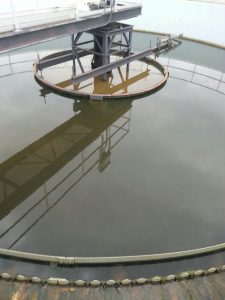 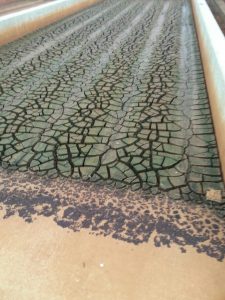 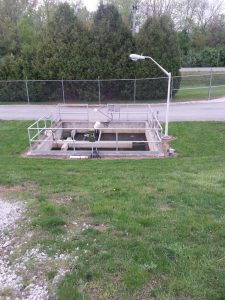 Now on a personal note: I was very surprised by an e-mail from one of the students that hailed from the Hammond area.  I was in a Dr. office waiting room when I read it and my face started leaking, so I had to hand it to Larry to finish reading it.  Thank you for your kind words, Glenn.  Here is that “infamous” e-mail:

Your teaching methods are outstanding and you make learning a lot of fun.

I sat and tried to imagine how boring this subject material could have been, and how hard it would have been to follow along with a “stick in the mud” type of instructor.  But the way you approached this made it very interesting.  I actually learned quite a bit.  Not enough I’m afraid, to pass the test the first time through, but I can see light at the end of the tunnel.

Thanks again for having the patience to teach a very technical subject to a person like me that “had no idea” this stuff goes on.

FYI, I’ve also reached out to the HSD for a tour as you suggested.  Waiting for their return call. (My engineering staff also wants to go along.)

Thank you for your time and effort,