Wastewater 101 had the privilege of spending 4 days teaching at the Aqua Indiana Wastewater Treatment Facility in Valparaiso, Indiana just a while ago. 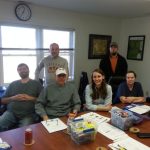 We had a mixture of Operators, Lab Tech’s and Maintenance attend these sessions from not only Valparaiso, but also from the Avon, Indianapolis area and some were studying for Wastewater Certification from Class I to Class IV. These sessions covered the Operator Certification Review Course and those who needed contact hours received 14 Technical hours. There weren’t many questions asked, but there were lots of notes taken and they all seemed very interested in learning about the processes they don’t have at their particular facilities.

After the class I was able to tour the facility and was pretty impressed with the upkeep of an older facility. I will be interested to go back in a year or so because they are planning a plant upgrade and it sounds awesome.

The Aqua Indiana, Valparaiso treatment facility handles flow from mainly residential and also receives septic waste with an average daily flow of 1 MGD with peak flows of 7 and operated with a crew of 7 personnel. There are 17 lift stations that feed the sewer system that is sanitary flow with no Significant Industrial Users. 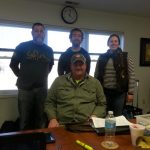 The plant flow starts with an automated course screen bar screen and a feed system of alum for phosphorous removal, there is also a by-pass channel following the main influent gates. The screenings tubs when full are pulled out and put under a mobile cover to help with keeping the solids dry. From there the flow is directed to the raw sewage pumps used to lift the wastewater to the higher elevated static screens (there are 8 total) followed by a Pista Grit removal system. The screenings and grit are mixed together and compacted in the room below the static screens. From there the flow moves to one of the 3 Sequencing Batch Reactors* (SBR) that have a floating weir design (that I have never seen before) toward the end of the tank the Operators said they work great as long as they don’t have any mechanical problems. The SBRs have fixed fine bubble diffusers and centrifugal blowers. There are also 3 – 16” Vertical pumps and 2 Vertical Waste pumps in the lower SBR room. The arching cover of the “weir” design stops the foam that can be inherent to SBRs due to high SRT/MCRT. Four aerobic digesters follow the SRTs to finish stabilizing the sludge by allowing it to dewater easier. As a side stream the septic haulers use an underground hookup that dumps into a “primary aerobic digester” or holding tank that is aerated and is transferred to another “primary aerobic digester” that is mixed with dissolved oxygen using surface aerator and diffused air from 2 blowers to help strip the hydrogen sulfide and freshen the septic waste. This sludge is then transferred to the actual aerated digester, the decant is returned to the head of the plants bar screen channel. The aerated sludge is then thickened using a US Filter 2-meter filter belt press that looks brand new. The filtrate is returned to the head of the plant bar screen channel and the sludge cake is removed from the room using a movable conveyor and fill roll-offs that Merrill Brothers of Kokomo haul off when needed. The plant effluent is disinfected and post aeration is used to increase their final dissolved oxygen content. The plant effluent flows to the Salt Creek. Again, this is an older facility and obviously has deterioration due to the amount of septage it receives on a constant basis, however, it is obvious the personnel care about the facility and keep it up to the best of their ability. The plant also has a nice Cummins diesel back-up generator. The Laboratory work is provided through a contract with Astbury Group.

*Sequencing Batch Reactors carry out secondary treatment in a single tank through sequencing stages. They are usually operated via Supervisory Control and Data Acquisition (SCADA) programming and are usually completely automated. Some run strictly on time, some run using an Oxygen Reduction Potential (ORP) probe (measures the quantity of pollutants remaining in the tanks). Each tank is the aerator and clarifier in one tank and utilizes the following stages: Fill, React, Settle, Draw and if not going back into service immediately Idle. If you have 2 or more SBRs you are operating 2 or more plants at the same time because each tank receives different influent parameters for the time they are in the Fill Cycle. 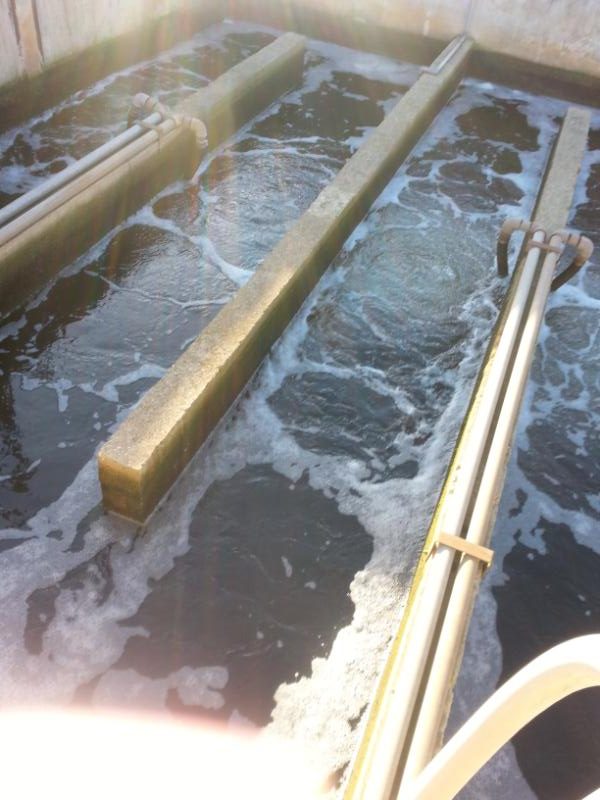 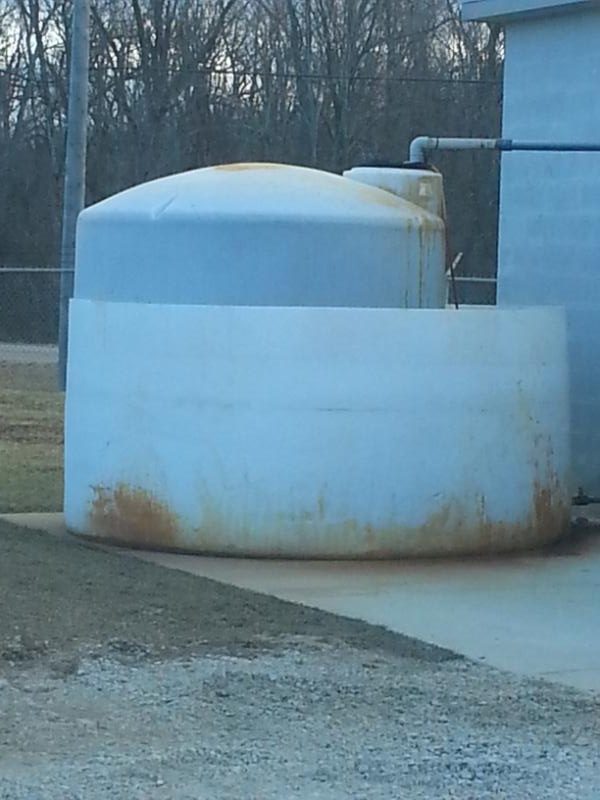 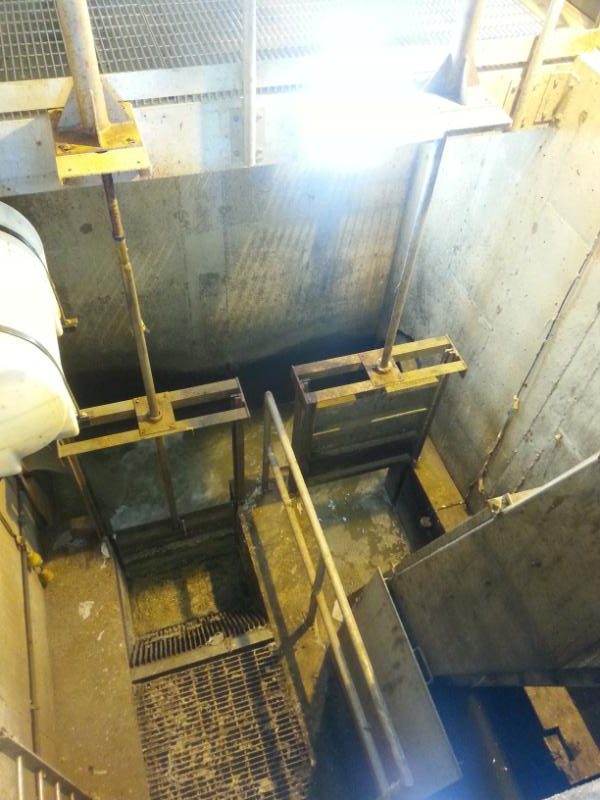 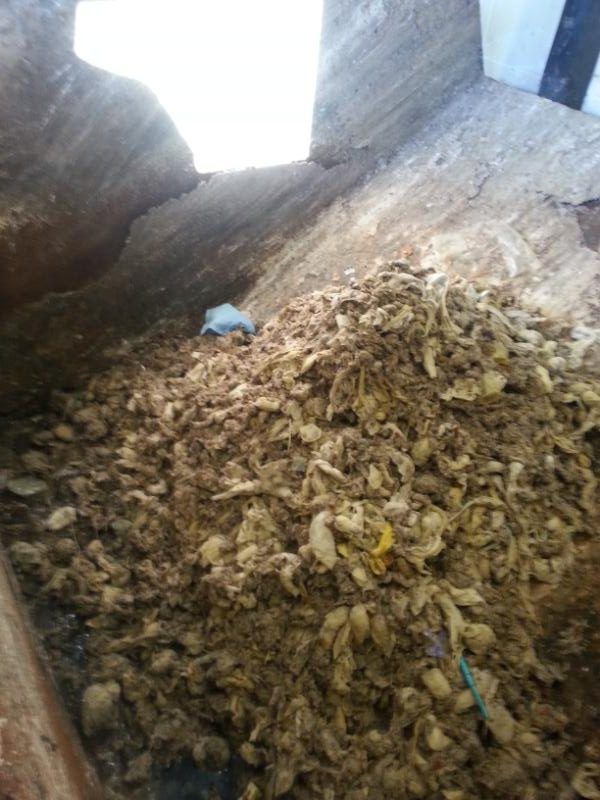 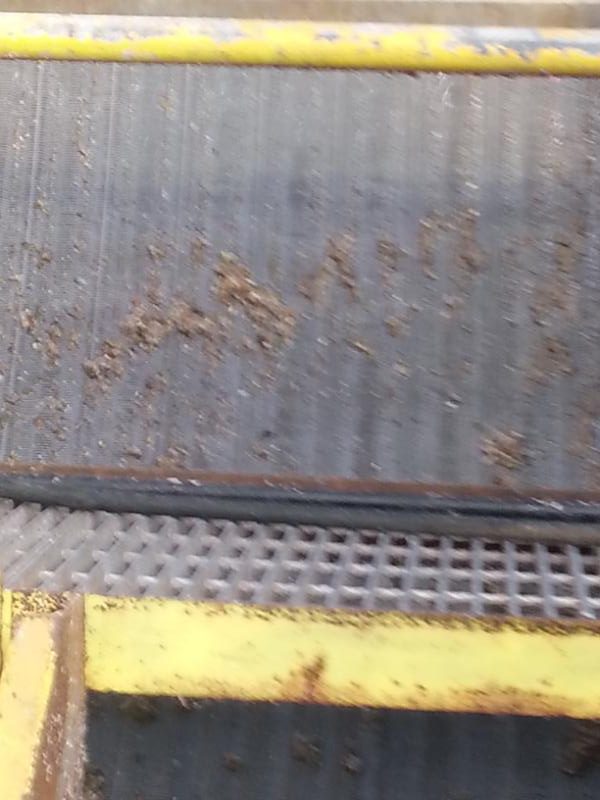 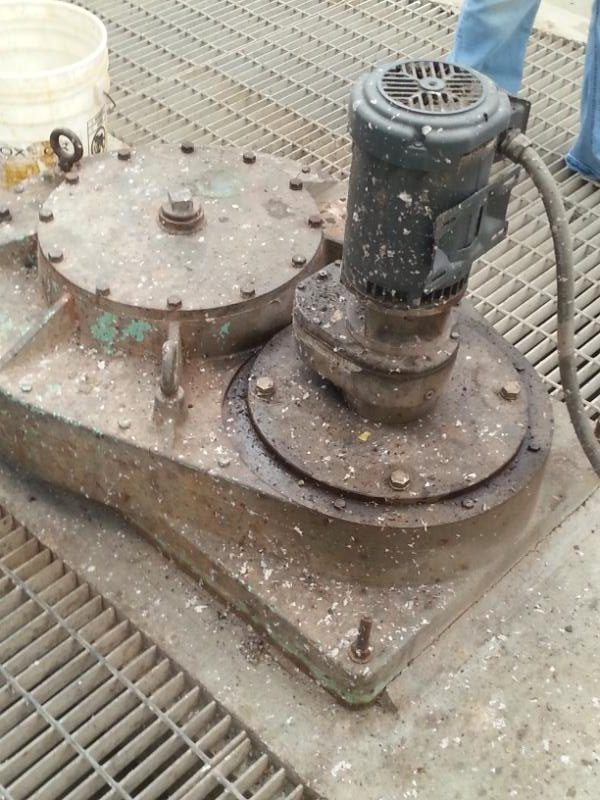 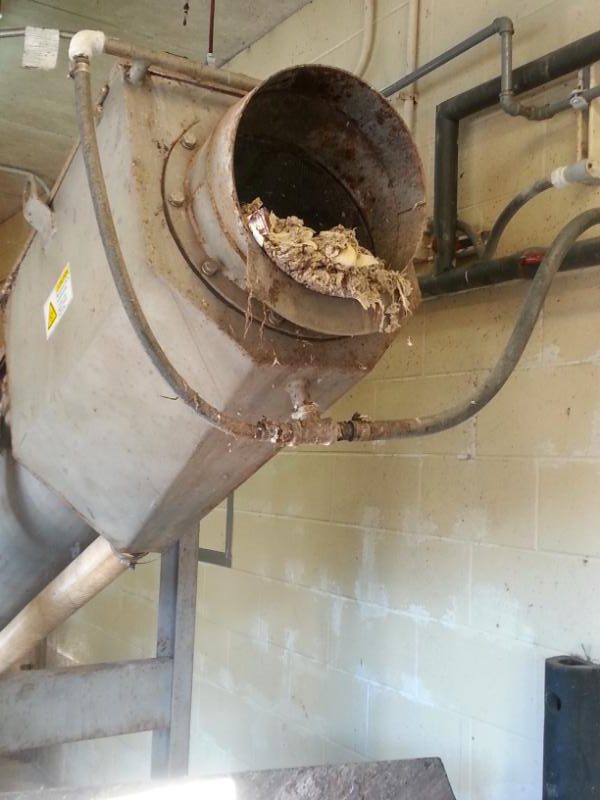 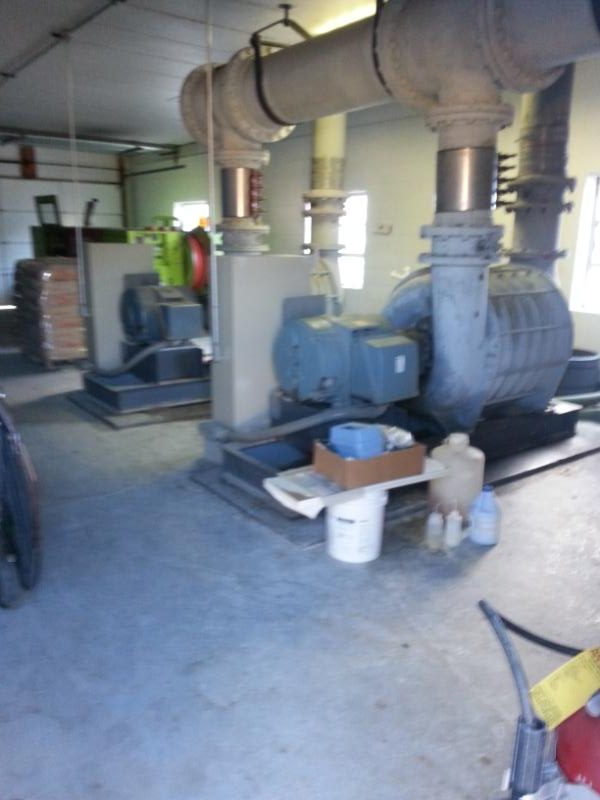 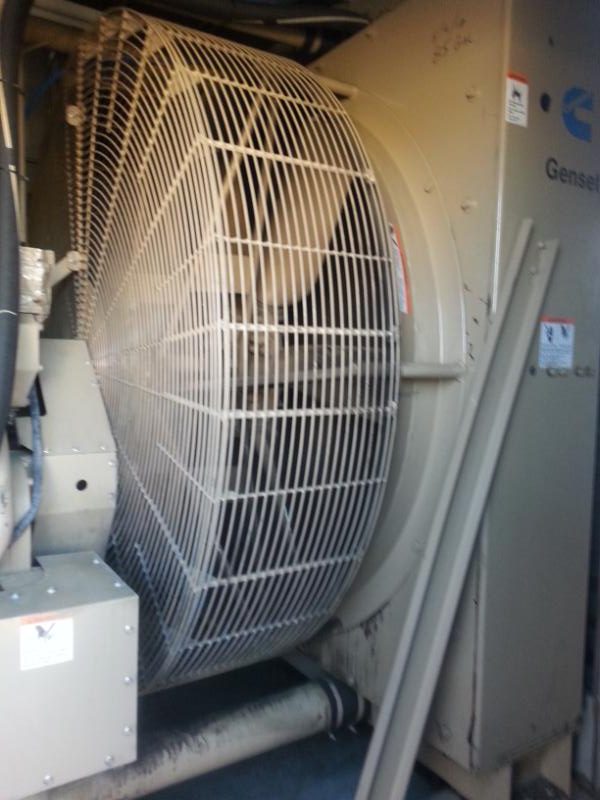 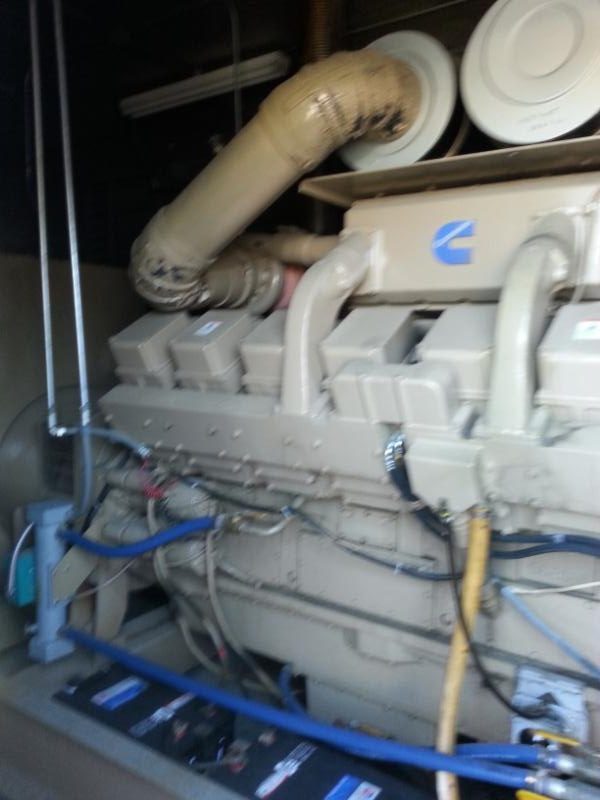 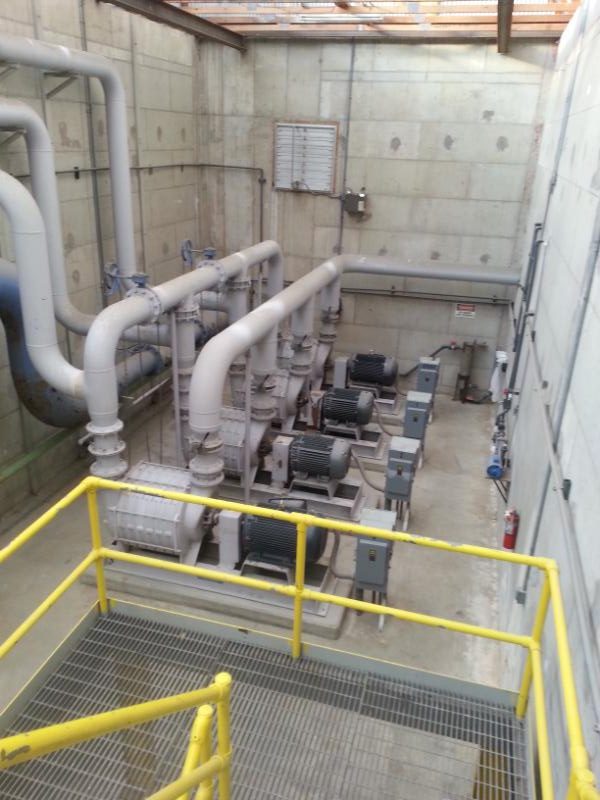 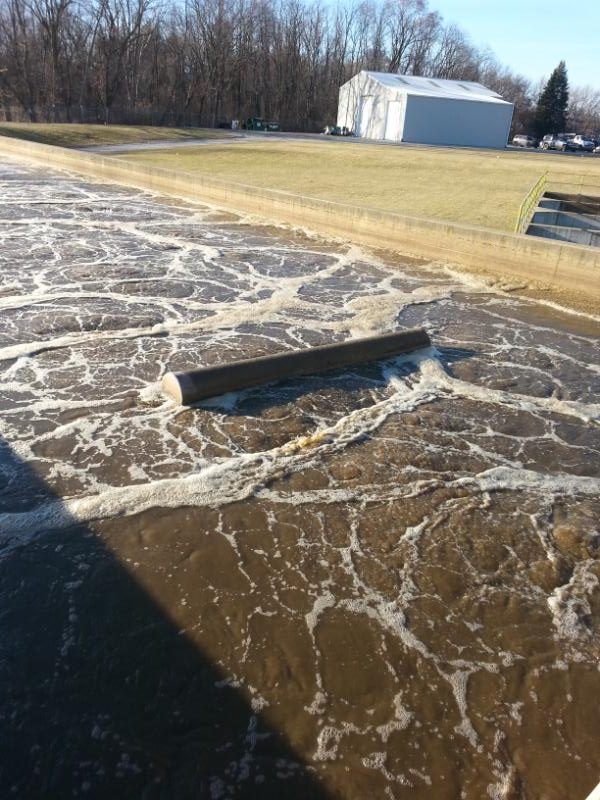 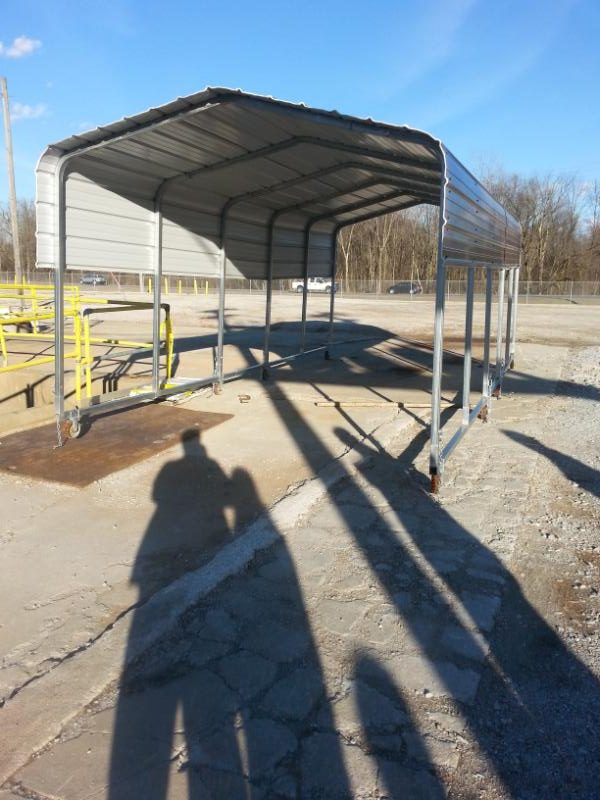 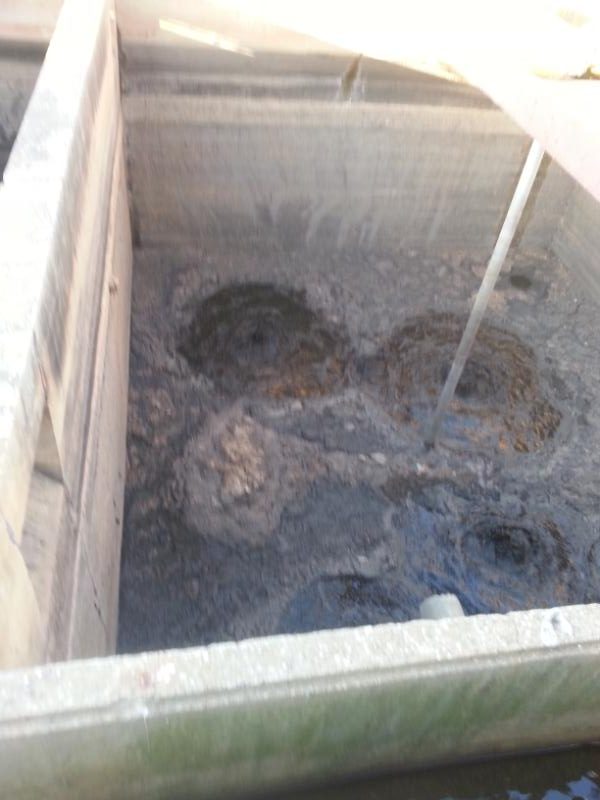 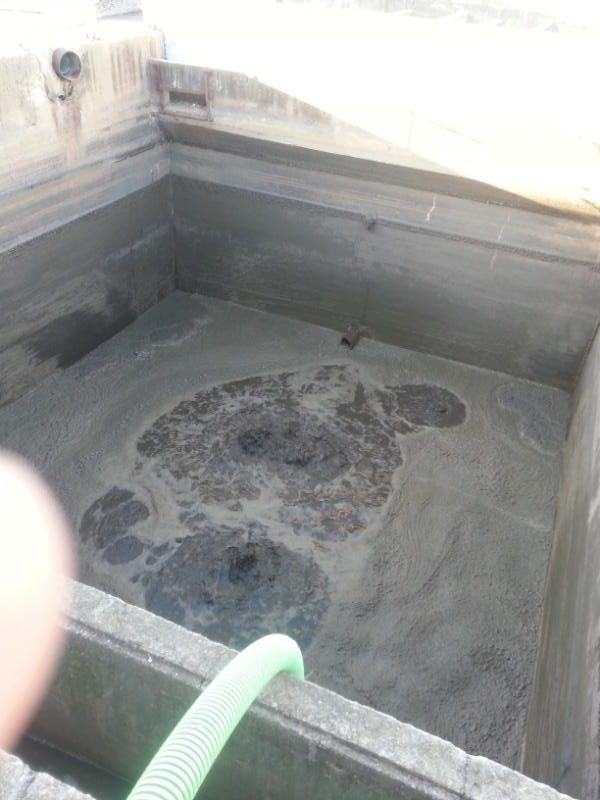 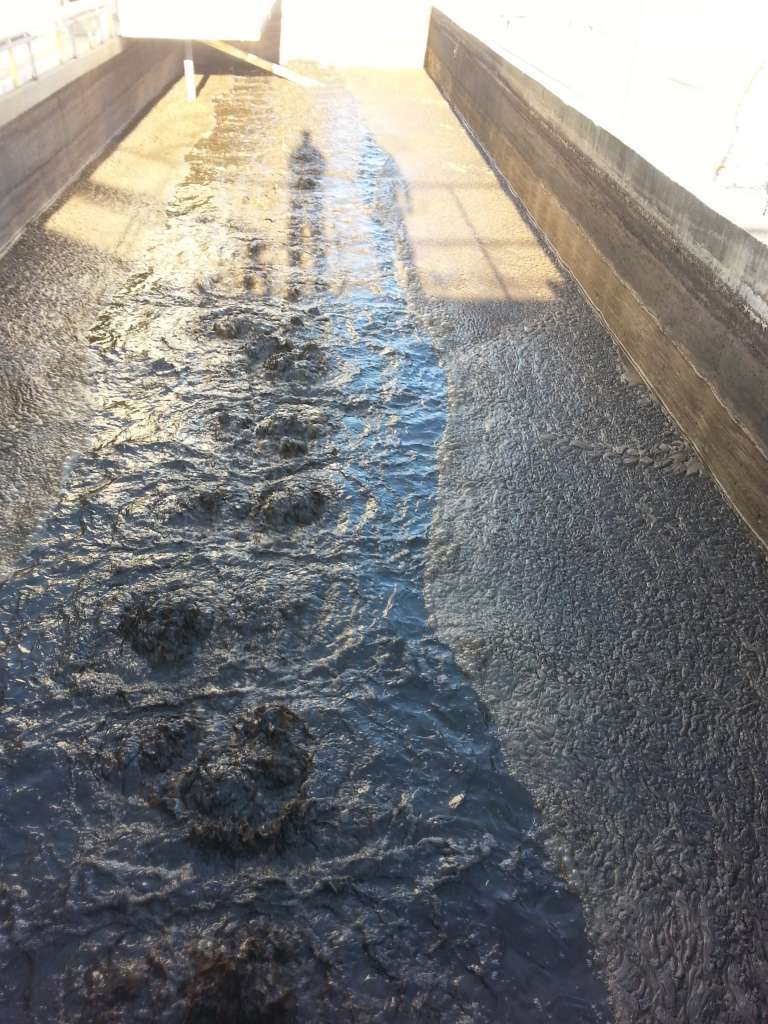 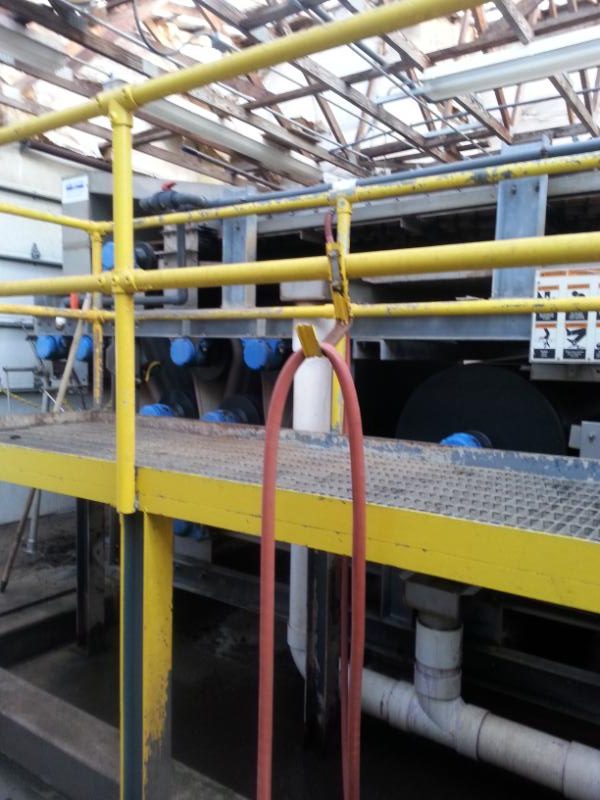 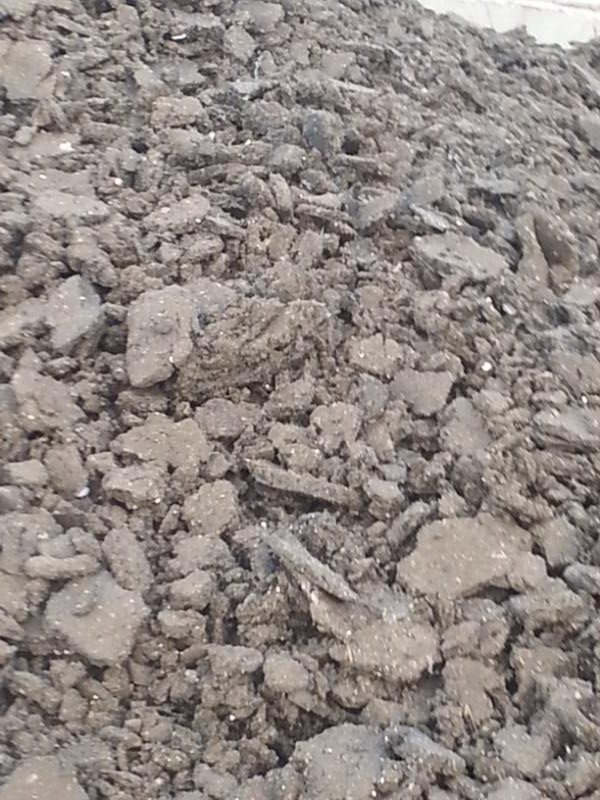